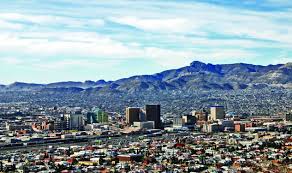 Literally translated as “the pass” from Spanish, El Paso is located on the Rio Grande across the way from the state of Chihuahua, Mexico. The region is the largest bilingual and bi-national workforce in the Western Hemisphere.

Contrary to popular belief about violence in Mexico, especially along the border, the region in which El Paso is located within the region that has been in the top three safest large cities in the U.S. El Paso has a number of annual festivals that can be combined with an awesome shopping experience in the city. Pick up a pair of boots in the “Boot Capital of the World”, then visit El Paso’s prime shopping malls with the big department stores of Dillard’s and JC Penney, and others such as Walmart and GNC.

The Best Deals in El Paso

Whether you’re a cowboy or a city slicker looking for wranglers or hippies, you’ll find it all in this Southern Texas city. Make sure to stop by the variety of unique boutiques that are locally owned, but don’t miss the more well known stores for the best deals. Take a look at the constantly updated tiendeo.us for coupons and more to get the max for you’re dollars.